Leading up to his July 27th enlistment date, IMFACT main vocalist Jeup has said a farewell to fans through live broadcasts on Twitch and Instagram. Streaming on Twitch for an impressive 7 hours, the somberly titled “Last Broadcast” (which is still available to watch on his official Twitch channel here), started like any other of […]Read More

LISTEN: IMFACT Wants To Be A “Hero Man” In “The Sound Of Your Heart: Reboot” OST

On July 20th, Star Empire boy group IMFACT released the OST “Hero Man” from the Netflix series “The Sound Of Your Heart: Reboot.” The song is performed by members Jian, Taeho, and Lee Sang. In the meantime, it was produced by T-RANO, who has produced many OSTs with the participation of idol groups like IMFACT, […]Read More

A few weeks after IMFACT completed their promotions for latest single “Lie,” lead vocalist Lee Sang has dropped an inspiring, self-written and self-composed anthem about the current state of the world entitled “Don’t Give Up.” Sang’s intention of reaching and encouraging many people globally is highlighted by the lyrics being written mostly in English. Sang […]Read More

After a year and 3 months, boy group IMFACT are back with pre-release digital single “Lie”! The track is off their upcoming mini album that will be released on April 28th KST. It was written and composed by youngest member Ungjae, who infused tropical house and deep house genres with colorful and emotional sounds that […]Read More 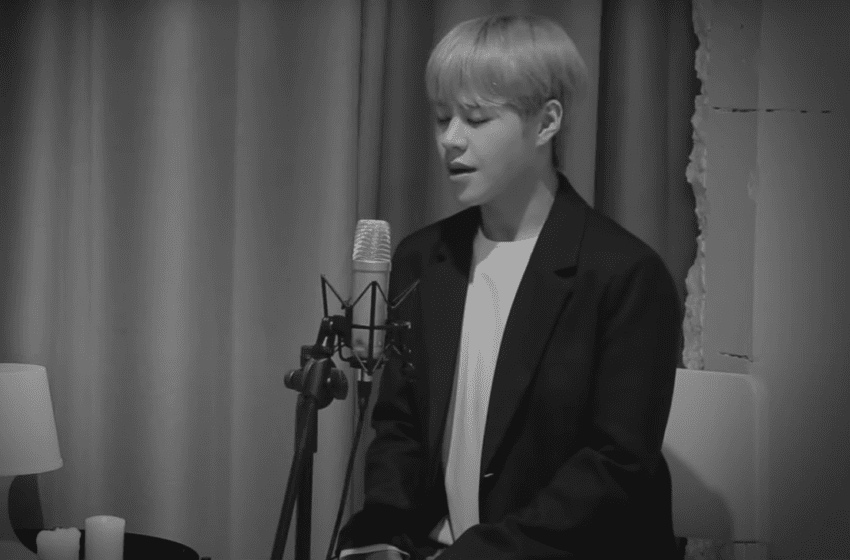 On April 8th, Taeho of K-pop boy group IMFACT dropped a beautiful cover of SHINee Jonghyun‘s emotional hit ballad “End Of A Day” on his YouTube channel. The singer also posted a very moving comment under the video on how much the vocalist meant to him and how Jonghyun inspires him as an artist. “Not […]Read More

IMFACT vocalist Taeho posted a self-made music video for “Remember” on his personal YouTube channel! The boy group member began posting his own teasers on Instagram, revealing the release date of the video for March 30th at 10 p.m KST. “Remember” was first released as a shorter version back in December through Taeho’s personal YouTube […]Read More

On March 20th, IMFACT vocalist Lee Sang released his latest original song, “Home Sweet Home.” The song is one he composed and wrote entirely on his own, releasing it on his official YouTube channel. Sang has been posting covers and original songs since the channel’s creation, showing off his impressive songwriting, composing, and guitar skills, […]Read More

IMFACT‘s upcoming U.S. tour is upon us! Coming up this August, IMFACT’s 1st Meet & Live with Studio PAV will be making stops in four states! IMFACT are excited to come see their fans and are making stops in Dallas, Chicago, New York, and Atlanta. This opportunity can’t be missed, so what are you waiting for? VIP […]Read More

9MUSES has officially come to an end! On February 14th KST, the girl group released one final music video for fans. “Remember” is a sweet track made even more emotional by the lovely track that shows memories of the group. Showing scenes of past performances, music video shoots, interviews, and time spent with fans, the […]Read More

On February 11th, Star Empire Entertainment revealed that their girl group NINE MUSES (who also promotes as 9MUSES) would be disbanding after releasing a final single track. The girl group debuted back in 2010 with the track “No Playboy.” The lovely ladies went on to release many popular songs such as “Figaro,” “Dolls,” and “Ticket.” […]Read More